MY ADVENTURES AT THE SUNDANCE FILM FESTIVAL, DAY FOUR

Saturday came a little too early. Both in the hour, as I had to get up at 6:30 AM after a long night out, and in my mind, as it was hard to believe my days at Sundance were almost over. Time flies when you’re having fun.

A morning movie was on the agenda. Craig, Ayla, Felicity, Misha and I were off to see the movie JOBS with Ashton Kutcher as Steve Jobs. There was a 9 AM showing but we didn’t have tickets. Did we get to see it? Well, the standby line was reminiscent of the lines for a new iPhone, so we sort of brushed up against Steverino, but that was as close as we got. Best to have tix at Sundance. Still, it was fun trying.

We grabbed a late breakfast at the Blue Iguana where my request “eggs over medium” translated into “huevos liquidos” as they surrounded by French toast like a GAME OF THRONES moat. The conversation was better, covering the Oscars and SAG nominations. It’s always fun to talk about movies with show biz people. They don’t hold back and they have very strong opinions. My friends didn’t like LINCOLN nearly as much as I did, but we did agree on Naomi Watts’ performance in THE IMPOSSIBLE. At least three of the SAG-AFTRA members at the table (Felicity, Misha and myself) confessed to voting for her. Afterwards, we all bopped in and out of the various shops and attractions along the main drag and found time to vamp it up for one last photo op at a Sundance sponsored picture booth. (See pictures below.)
Then it was time for me to go to the Salt Lake City airport and start the journey home. I won’t tell you all the details about my difficult travels, but suffice it to say that US Airways employs folks who think it’s funny to place connecting gates as far away as possible so passengers have to practically run a 5K while carrying two pieces of luggage to make their plane! I made my connection in Phoenix with less than two minutes to spare and didn’t need water when the flight attendants rolled by. I could just drink my shirt.

That was the only negative part of the trip. The rest was all good. It was such a lovely thing to get flown to Sundance for my prize, and meet such wonderful folks. Funny how so many of us at Sundance all had the same dream. We love storytelling and want an opportunity to tell the world. I have a script. Filmmakers have a movie. We're all looking for a deal, a connection, a chance. (Good luck to the makers of ESCAPE FROM TOMORROW with that. I doubt they’ll be escaping the Disney lawyers anytime soon.) 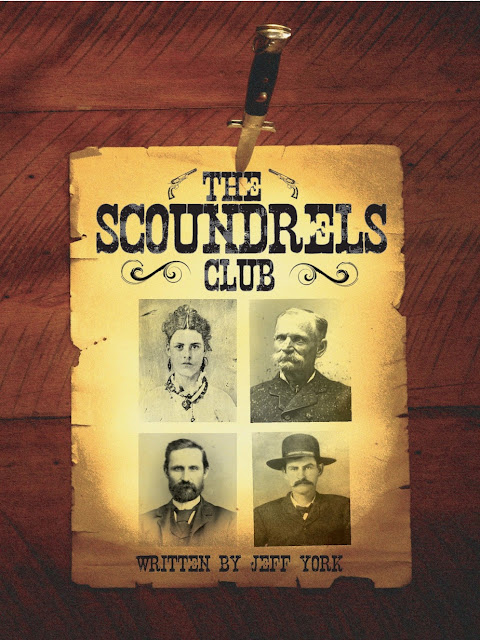 Succeeding in Hollywood takes a lot of talent, but a lot of timing and luck too. It’s a passion that takes perseverance and I intend to stick with it. I’d love for everyone to be able to see THE SCOUNDRELS CLUB up on the big screen some day, and experience hearing actors say the words the way I got to this week. But if not that script then hopefully another. I now have more contacts and friends that could get my dream closer to becoming a reality. I'll keep you posted on my progress here. And if you ever get a chance to go to Sundance, you'll have a great time just like I did.  Just don’t expect very good Wi-Fi.