LET US GIVE THANKS

2011 has not been a stellar year for movies. Any season that showcases Adam Sandler playing his twin sister is more than a little suspect. However, there is plenty to be thankful for during this Thanksgiving season. Thus, here is what I’m thankful for at the movies this year. (And luckily there’s still a month filled with promise left!)
THE NEW INGENUES
Jessica Chastain, Jennifer Lawrence, Shailene Woodley, Elizabeth Olson, Felicity Jones, Amber Heard. Actresses as talented as they are beautiful. And these young women really made a mark in movies this year.
THE HELP
And speaking of Jessica Chastain, she was one of the many superb actresses, along with Viola Davis, Emma Stone, Octavia Spencer, Bryce Dallas Howard, Allison Janney and the legendary Cicely Tyson, who were showcased in this moving drama sure to find room for a number of them in the Oscars this year.
GEORGE CLOONEY
Look at the amazing body of work he's done in just the last 13 years: OUT OF SIGHT, O BROTHER WHERE ART THOU, OCEAN’S ELEVEN, GOOD NIGHT AND GOOD LUCK, SYRIANA, MICHAEL CLAYTON, UP IN THE AIR, THE FANTASTIC MR. FOX, THE IDES OF MARCH and the gentle character study THE DESCENDANTS, currently in theaters. Clooney knows exactly how to pick 'em. And what he's good at. And indeed he is very, very good. 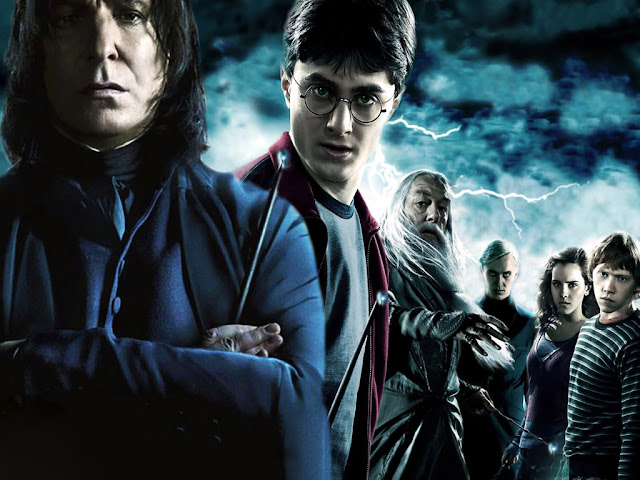 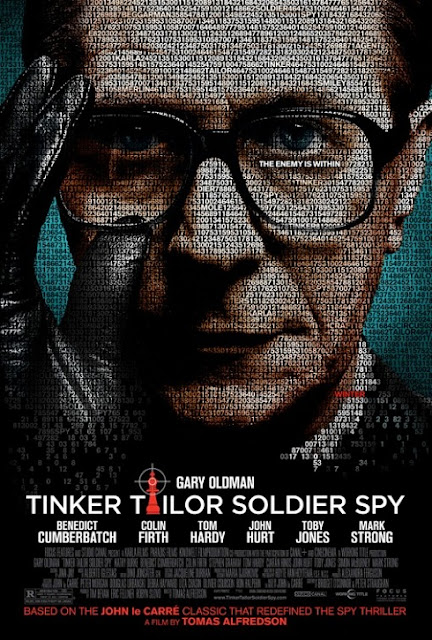 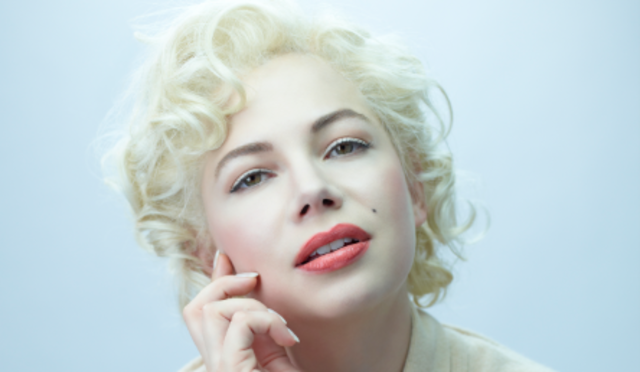 MICHELLE WILLIAMS
I haven’t seen her do Marilyn yet but everything she does is a zillion years from DAWSON’S CREEK, isn’t it?
GOOD COMIC BOOK MOVIES
THOR. X-MEN: FIRST CLASS. CAPTAIN AMERICA. Almost made me forget COWBOYS & ALIENS and THE GREEN LANTERN. Almost.
SMALL MOVIES WITH BIG IMPACT
So nice to see the likes of indie pictures like MARGIN CALL and MARTHA MARCY MAY MARLENE finding audiences and making money. I wish every studio would make ten of these a year.
OSCAR SHOW SANITY
Brian Grazer. Billy Crystal. Thank you.
VETERANS STILL DOING GREAT WORK
Pedro Almodovar challenged audiences and himself by making a horror movie with THE SKIN I LIVE IN. John Williams is still writing stirring scores as is evidenced from the released WAR HORSE tracks. And Christopher Plummer may finally win an Oscar for his touching and witty turn as a septuagenarian man coming out of the closet and finding love in BEGINNERS. Bravo, one and all!
THIS YEAR'S BEST SUPPORTING ACTOR CATEGORY
As I just said this year might finally be Plummer’s to take this category, but look at some of these other potential nominees: Albert Brooks (DRIVE), Paul Giamatti, Philip Seymour Hoffman or George Clooney (THE IDES OF MARCH), Alan Rickman (HARRY POTTER & THE DEATHLY HALLOWS), Robert Forster (THE DESCENDANTS), Nick Nolte (WARRIOR), Patton Oswalt (YOUNG ADULT), Kevin Spacey (MARGIN CALL), John Hawkes (MARTHA MARCY MAY MARLENE), Kenneth Branagh (MY WEEK WITH MARILYN), Brad Pitt (THE TREE OF LIFE), Jonah Hill (MONEYBALL). And all the gentlemen from TINKER TAILOR SOLDIER SPY – Benedict Cumberbatch, Mark Strong, John Hurt, Ciaran Hinds, and Colin Firth. Whew! What a banner year.
See. A lot to be thankful for already. So, what are you thankful for at the cinema this year? Share your thoughts and let’s keep the conversation going.
Posted by Jeff York at 7:02 PM 1 comment:

THE PROBLEM WITH BIOPICS

Up until this last week, lame filmmaking was probably what most would consider Brett Ratner’s greatest sin. But then in the past week he went on the record making some truly atrocious comments about gays and actress Olivia Munn. In an interview during the press junket for his latest film TOWER HEIST, Ratner was asked if he rehearsed his actors and he responded, “Rehearsing’s for fags.” Previously that week he qualified rumors of a past relationship with Munn by bragging, “I banged her a few times, but I forgot her.” Shortly after, Ratner apologized for both statements. And he copped to not ever having had a sexual relationship with Munn.
The comments were especially egregious since Ratner had just been hired to produce next year’s Academy Awards show. Hollywood’s most prestigious event of the year didn’t need that kind of awful press. Thus, Ratner was fired immediately.
Only he wasn’t.
Academy President Tom Sherak decided to let Ratner’s apology be enough and thus let him keep his job. Well, not surprisingly, that didn’t sit well with a lot of people in Hollywood. The outcry in 24 hours was such that Ratner was forced to resign. My question is why wasn’t he fired outright? Why did Sherak not act decisively and make the easy and wholly justified choice?
It may seem naïve to expect people in Tinseltown to act righteously, but we should. Discouraging prejudice of any kind so abhorrent should be a no-brainer. And such talk must be deemed punishable. Ratner apologized, yes, but he still should have been fired. And Sherak should have done so before the public outcry forced everyone’s hand. If Ratner’s slurs had been of a racial or religious kind, would Sherak have waffled? I doubt it.
In some respects, Sherak’s handling of the whole affair was as ridiculous as Ratner’s running off at the mouth. Then, when Eddie Murphy quit as host of the show, to form a silly and ersatz sense of solidarity with his TOWER HEIST director, Sherak had a full-blown disaster on his hands. He quickly and wisely hired veteran producer  Brian Grazer, a beloved man in Hollywood, to helm the upcoming show. And now Billy Crystal is on board to host too. Good choices both. Let’s hope that the rest of the Academy's decisions this year continue to burnish the industry's reputation rather than tarnish it.
Posted by Jeff York at 2:09 PM 2 comments:

2.) GROUNDHOG DAY (1993)
This is the best comedy of the 90’s and also Bill Murray’s best ever, which is saying quite a lot. The intricate screenplay by Harold Ramis and Danny Rubin creates a complex and fascinating tale about a cynical weatherman who travels to Pennsylvania to cover “Groundhog Day”with all the enthusiasm of going to the dentist for a root canal. Then when he wakes the next day, he discovers that he's living the same "Groundhog Day" all over again. Each day is the same day, only he changes. Is he in hell? Some version of limbo? The film never tries to answer where God is in all of this, but Murray's weatherman does go through a profound spiritual awakening. He learns to live each day like it's his last. Or only.
1.) ANIMAL HOUSE (1978)
SNL's move from the small screen to the big screen started with John Belushi's auspicious debut in this enduring classic. He played Bluto, a lazy, but lovable student in his 7th year of college, struggling to keep a grade point at O.O. But more than book smarts, he had street smarts and he recognized the corrupt powers ruining his beloved campus. That's why he is the agitator who leads his fellow misfit frat brothers to rebel against "the man" in an all-out siege at the climax of the film. They're mad as hell and not taking it anymore. And their ruin of the establishment homecoming parade played less like destruction and more like just desserts. (How fitting that their float they ram the grandstand with has the words "Eat Me" written on its sides.) ANIMAL HOUSE was a political allegory when released in 1978, commenting pointedly on the corruption of American ideals during the Sixties and Seventies by our involvement in Viet Nam and the Watergate scandal. It endures to this day because it has a lot to say about the modern world we live in as well. America's youth is still disenfranchised, only now they can't get a job after earning their ridiculously expensive college degrees. I say ram the grandstand again and show today's Wormer's, Marmalard's and Niedermeyer's that anarchy reigns still!
Well, those are my picks for the 10 best ever. What film starring an SNLer really rocked your world? Keep the conversation going and share your picks in the message board below this post. Oh, and my next post here concerns the 10 worst ever starring an SNL star. That list will be quite the undertaking as sadly, there are so many awful movies to choose from!
Posted by Jeff York at 7:45 PM 7 comments: